In traditional and progressive cultures around the world, young people are guided through rites of passage, which typically take them away from their families and into a uniquely challenging environment, with elders from their community. Typically this is “mens” and “women’s” business, and intends to facilitate maturation and mark a transition into adulthood. These experiences are not just symbolic – as the adventure involves a significant process of changing perspective and relationships, the development of new skills, responsibility and awareness.

In 1861, at the age of 14 the “rather troublesome” Warington Baden Powell was sent aboard the HMS Conway – an ex navy ship established for training and accommodation of “youth at risk”.

It is likely that numerous ships were used for this purpose, and that they flew the signal flag P – “PAPA” or the “Blue Peter”. Traditionally displayed by ships in harbour to announce they are preparing to sail, summoning “all hands report to the ship”, weware ready to sail, the flag had been commandeered for another purpose – signifying a call to action for training programs that incorporated real adventures. 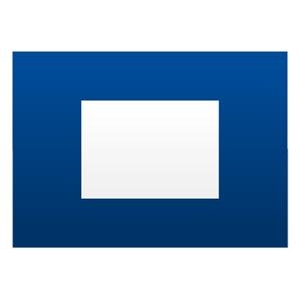 As a result of Warington’s personal transformation, and the skills he brought home to share with his siblings by leading them on river journeys and camping trips; his younger brother was inspired to establish the Scouting movement:

“Sea Scouting is not necessarily a scheme for turning out a boy as a ready-made sailor with a view to his going to sea. But rather to teach him, by means which attracts him, to be handy, quick and disciplined man, able to look after himself and to help others in danger.” 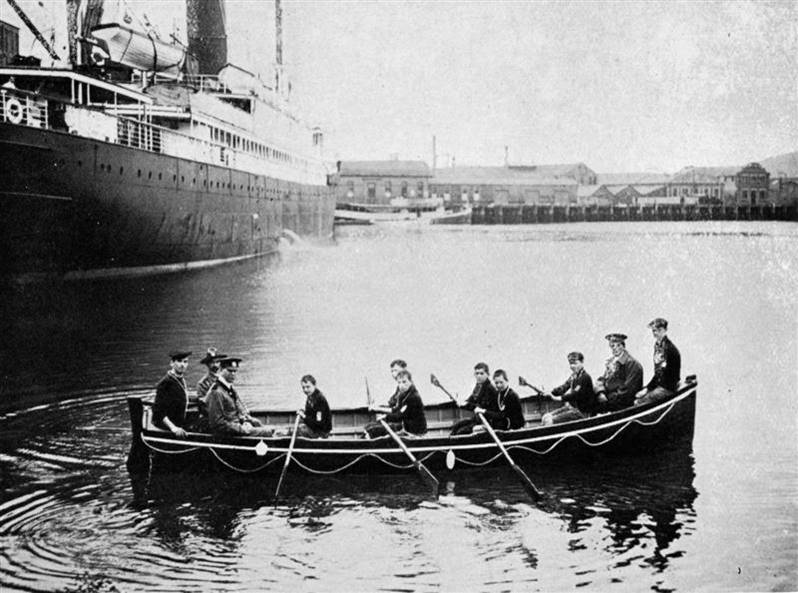 Meanwhile from the 1920’s, there was a “Blue Peter” magazine dedicated to celebrating the remaining industries that used working sailing ships – lamenting the change in culture and capacity from “wooden ships and iron men” to “iron ships and wooden men”. 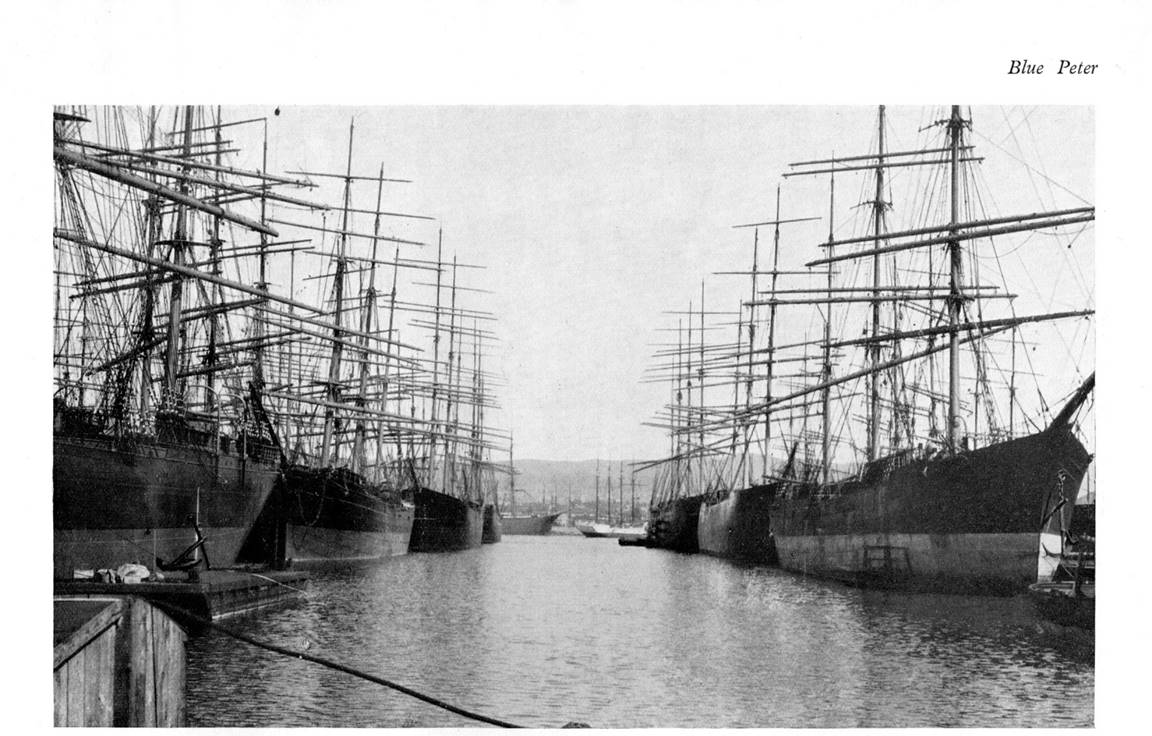 Kurt Hahn – now seen as the father of modern outdoor education – was in exile from Nazi Germany during the Second World War, and also adopted the use of the “Blue Peter” flag for his youth development programs. Detailing the “modern declines” that had been attributed to the transition from sail to steam ships, he established several schools with an experiential learning curriculum that included sail training programs. By involving young people in direct action – not “telling” what they need to do, but rather “impel them into action” by asking for their help – Hahn espoused an effective approach to youth work in that time by relating it to the community service and rescue ethic which was developing in war time Europe. 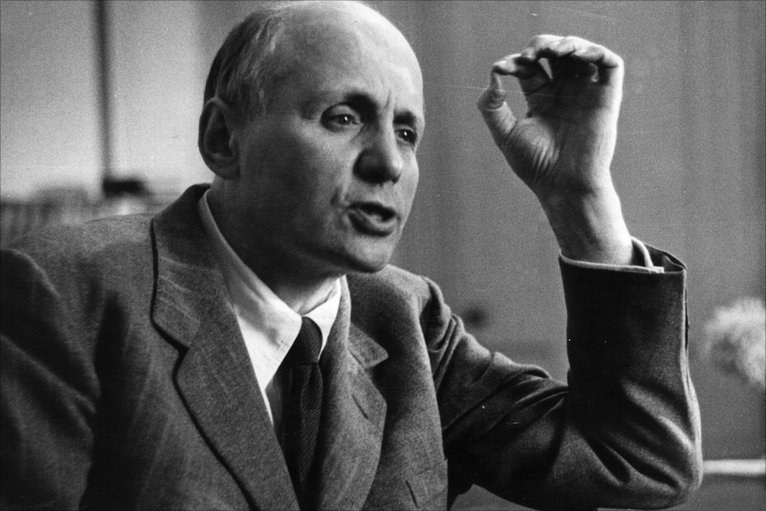 In 1941, the Merchant Navy was regularly losing ships to German U-Boat torpedoes. The loss of life among thousands of seamen who went down with their ships was horrific. But there were also hundreds of preventable deaths among survivors in lifeboats. Surprisingly it was discovered that the survival rate of young sailors in lifeboats was dramatically worse than that of the older and presumably less fit men. The Blue Funnel Line sought help from Hahn to conduct training for the young crew who had not yet developed an understanding of their own physical, emotional and psychological resources, and the Outward Bound movement was created. 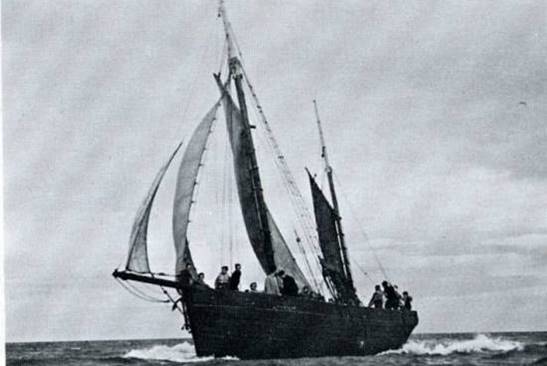 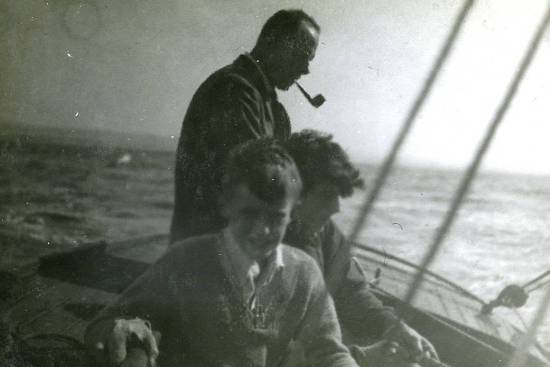 One Hahn’s students at Gordonstoun school, the Duke of Edinburgh – went on to create the International Award Scheme with similar approaches and methodology – to build physical, social, emotional and spiritual competence and resilience through community service, skill development, sequenced risk taking and adventurous expeditions.

It is an enigma that Hahn himself was largely bed ridden during his adult years due to an incident while still at school himself. While rowing an open boat in full sun, Hahn collapsed and was seriously affected by heat stroke. One of his many famous quotes is “Your disability is your opportunity”. Many adults can identify with this… like an arrow, we cannot truly fly until we have been drawn backwards.

The Having of Wonderful Ideas – emphasis on fostering curiosity

The Responsibility for Learning– directing your own personal and collective learning

Success and Failure– are both important to build confidence, capability and resilience

Collaboration and Competition– make the value of friendship, trust and group action clear

Diversity and Inclusion– increase richness (ideas, creativity, ability, and respect for others)

The Natural World– recurring cycles, cause and effect can renew and guide us as stewards

Service and Compassion through acts of consequential service to others

This technological age has provided us with great opportunities such as in the areas of communication, nutrition and information. Despite this the physical, emotional and social skills of young people are still affected by Hahn’s “modern declines”.

A study (November 2012) of 11,000 primary and secondary children carried out by the University of Melbourne’s Professor Michael Bernard, notes steadily increasing symptoms of poor social and emotional skills including low self-esteem, stress, anxiety, feelings of loneliness, anger, anti-social behaviour and under-achievement at school.

The Southern African concept of Ubuntu is important to consider as we seek to regain the connectedness in our community. “I am because we are”.

In stark contrast to all these principles, mainstream education values elite individual academic and sporting achievement, and disconnect is painfully apparent in our young people. We must lead the return to a focus on educational values such as:

Furthermore, risk aversion is creating massive issues for our younger generations as they lose the competence, “response-ability” and awareness required be safe, connected and autonomous. The loss of personal responsibility in this time of need for change, is perhaps the most serious risk for our collective future.

Despite (or because of) our societal expectations to avoid any risk under the principle of “zero harm” – we can more clearly see that risk is a double edged sword – it can both cut and heal. Instead of a simplified concept of something to be avoided – risk can be redefined as the potential to lose or to gain something. We continually risk loss in order to gain – and it is clear that young people lose something vital if they are overly protected from risky business.

As well as this cultural issue, learning relies on encountering risks – an interplay of hazards, and the growth of our personal competence. “Rites of Passage” aside, we know that adventure experiences result in deeper and longer lasting learning, partly because of the physical and emotional effects on our brain chemistry. We also know that nature and community connections are essential for healthy development. Our capacity grows with sequenced exposure to all of these factors.

Adventure training programs require highly skilled, experienced and passionate staff who are supported to share their work. This is precisely the quality which we focus on – not only as our key risk management strategy – but also as a principle to carry us into the future as a training and mentoring organisation for the development of our future leaders.

Navigate back to Home